With a script that is fine-tuned annually in response to the current issues affecting Vancouver’s Downtown East Side (DTES), Bah Humbug! offers an all-ages production that celebrates the transformative power of human redemption. 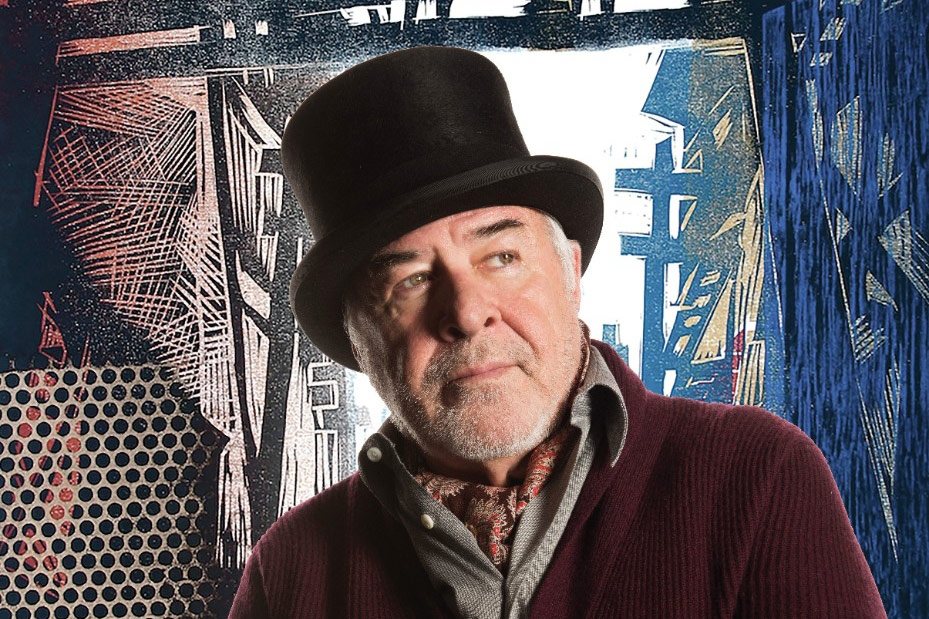 Bah Humbug! features celebrated musician and storyteller Jim Byrnes* as Ebenezer Scrooge, Renae Morriseau* as the Narrator, Kevin McNulty* as Marley, and gospel and blues singer/actor as Tom Pickett* as Bob Cratchit. These Vancouver favourites are joined by a cast of professional and DTES community actors, including Stephen Lytton, winner of the Governor General's Caring Canadian Award.

Strathcona-based artist Richard Tetrault, responsible for over 40 public mural projects in the city, presents large-scale projections of his monoprints and linocuts of the back alleys, ravens, and houses of East Vancouver.

Musical performances are diverse and include folk, blues, pop, gospel and industrial rock along with traditional seasonal favourites, directed by Bill Costin. The angelic sounds of Saint James Academy Youth Choir fill the theatre rafters. The audience will also be invited to sing along with the cast.

This imaginative all-ages production offers a bittersweet twist on a cherished classic that celebrates the transformative power of human redemption. Now more than 150 years old, Dickens’ timeless story remains relevant today, especially in light of parallels between the economic disparities of Victorian London and Vancouver’s Downtown East Side. 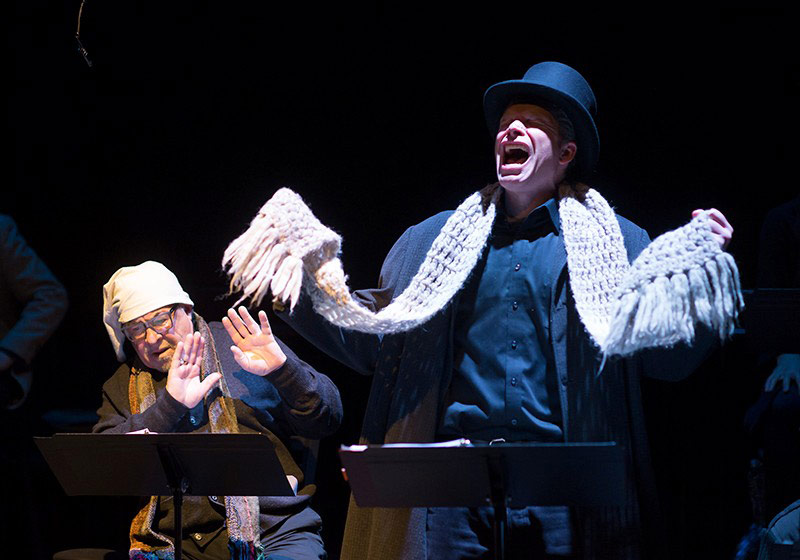 “At the darkest hour of a winter’s night, Scrooge confronts spirits of the past, present and future. Emerging from Coast Salish land buried under city sidewalks, they bring the old pawn broker face to face with memories he cannot bear and relationships he cannot heal,” says Savannah Walling, Artistic Director of Vancouver Moving Theatre, “Dickens’ haunting ghost story is filled with social satire, heartbreak and compassion. We hope that our music filled adaptation shines the light of truth on this old tale and today’s Downtown Eastside.”

Bah Humbug! features celebrated musician and storyteller Jim Byrnes* as Ebenezer Scrooge, Renae Morriseau* as the Narrator, Kevin McNulty* as Marley, and gospel and blues singer/actor as Tom Pickett* as Bob Cratchit. These Vancouver favourites are joined on stage

The Box Office is located on the main level of the Goldcorp Centre for the Arts, 149 West Hastings, Vancouver

Group rates are available, ask at our box office or purchase online. Applicable on purchases of 10 tickets or more. 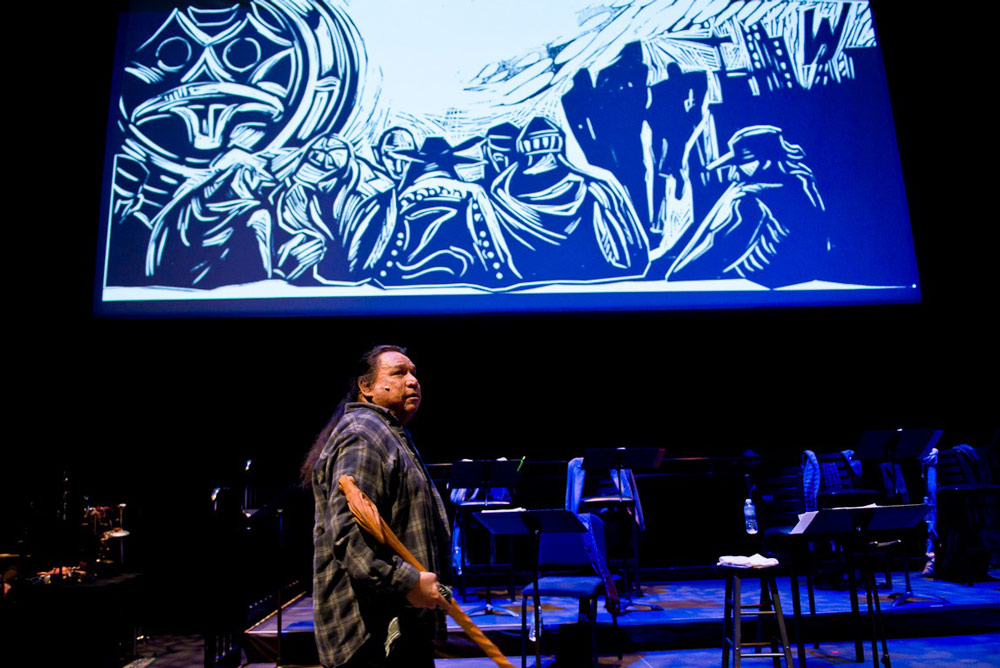 Proceeds from Bah! Humbug! support the Downtown Eastside Heart of the City Festival.

We have a no latecomers policy. We reserve the right to sell tickets that are not picked up 5 minutes in advance of showtime.

There is an EasyPark lot located on Cordova Street across from the centre at 65 West Cordova Street. There is also a parkade under the International Village Mall (http://www.internationalvillagemall.ca), located at 88 W. Pender, which is a five minute walk away from Goldcorp Centre for the Arts.

From the airport, proceed north along the Arthur Laing Bridge to Granville Street. Head north on Granville Street into downtown Vancouver. After crossing the Granville Street Bridge, take the Seymour Street exit and continue north on Seymour until Hastings. Goldcorp Centre for the Arts is located on Hastings Street, between Cambie and Abbott Street.

We are located on a major bus route and within easy walking distance of SkyTrain and SeaBus. Plan your transit trip at www.translink.ca or call 604.953.3333.

Goldcorp Centre for the Arts is situated among some of Vancouver's finest restaurants, coffee shops, and bars. To find out where to eat before or after a show, visit the sites of our local business associations:

Goldcorp Centre for the Arts is accessible by either the Hastings Street or Cordova Courtyard entrances.

The Hastings Street entrance is at ground level, while the Cordova Courtyard entrance can be accessed by a ramp outside the Woodward's Westbank Atrium. The entrance to the ramp is across from JJ Bean Coffee, under the Stan Douglas Mural.

Inside the building all venues are accessible by elevator. Wheelchair spots are limited, so please notify the Front of House Manager (FOH) as soon as you arrive at Goldcorp Centre for the Arts. Any usher or greeter at the door should be able to contact the FOH, who will then make your seating arrangements.