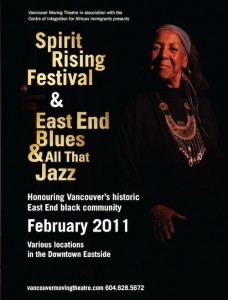 Concerts, Music in the Streets, Songs, Films, Walks and lots of Stories!

Honouring the history of the Black community in the DTES

East End Blues and All That Jazz